More than a year has passed since my last post. And i have done shamefully little work since then. Having said that i have done SOME work, or rather re-work.

Presented for your consideration;

Imagine a world where cats- those revered animals, so full of eldritch power and a smouldering contempt for humanity– had managed to design, fabricate and utilise power armour that allowed them to fly through space… Now imagine that concept, but on a shirt.

This one is a re-design of a shirt i posted years and years ago, i thought it would be fun to put a cat in a mech suit and elude to a squadron of be-meched cat soldiers, so in the re-design i decided to flesh out the team with three cats in mech suits, flying through space with their little faces, and kitty paws.

Also on the re-work schedule was Rome and Carthage football team designs.

i originally did the first designs for these i think about four years ago, the basic idea was “what if the Punic Wars weren’t just a horrendous loss of life, but a high school football match, between long time rivals from opposite schools”. 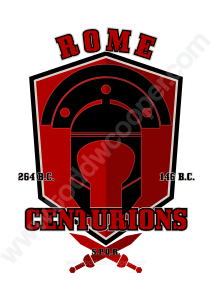 These designs can be purchased on shirts right here and also here.

i was a pretty big fan of Super Metroid back in the day, haven’t played any games in the series since it was on SNES, but i will always remeber the awesome feeling of being a champion bounty hunter, being the best most competent bad-ass in the galaxy. The big reveal that Samus Aran was a woman was something i will always remember. i never got around to using the Justin Bailey cheat, and to this day i am not entirely convinced it is a real thing. 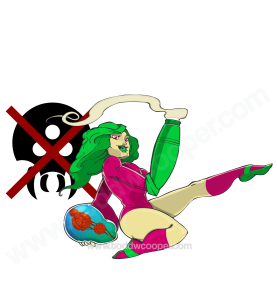 This little design is available for purchase as a sticker, and multiple other formats right here.

Oh, and some new work in the form of the cursed blue shell from the Mario Brothers games. Personally i haven’t played a Mario Bros. game for a long time, but others have, and do, and are, and i go where the money is, baby.

This started out as a mashup of the blue shell design and the Detroit Red Wings logo. Again, not being a hue Mario fan i though the Red Shell was the one everyone feared, however in conversations (most of which i tuned out of, because they were about Mario Bros.) i came across the common complaint that the blue shell was actually the more contemptible shell.

This design can be purchased on many things varying from shirts to stickers, and journals right here.

And some other new work in progress; a series of limited colour palette designs focusing on primary colours and strong black and white contrast the first of which is a blue samurai. 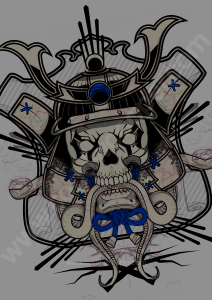 Thanks for not interrupting.